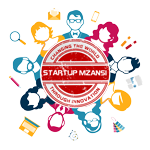 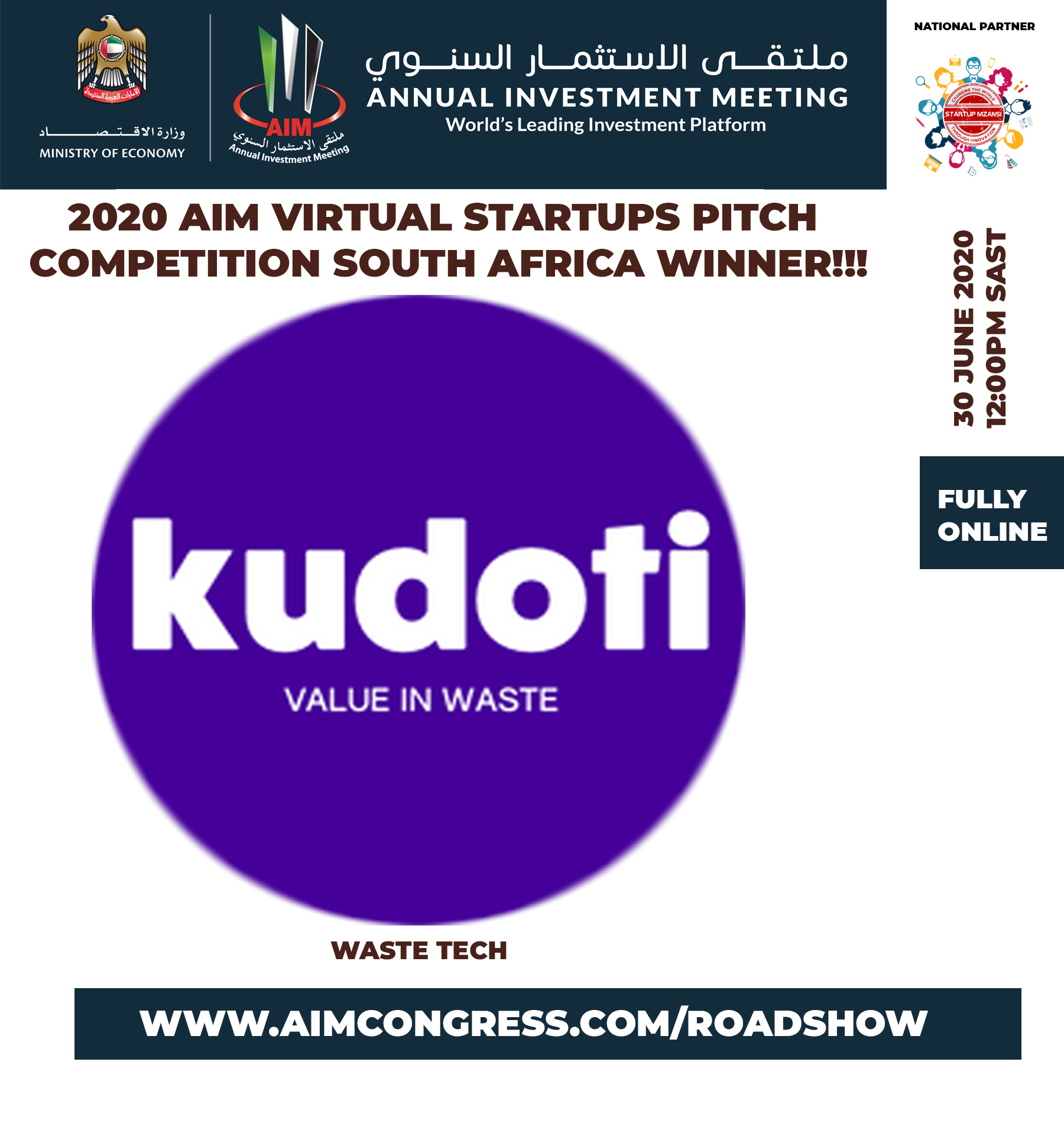 Johannesburg – Waste Tech startup, Kudoti, has been named as South Africa’s winner of the AIM Virtual Startup Pitch Competition which was hosted on the 30th June 2020. This competition was organized by the Annual Investment Meeting Organising Committee and the Startup Mzansi Foundation under the Leadership of Mr Sandile Shabangu who was the Host for the event which lasted for 2 hours.

The event was graced by some of South Africa’s leading business leaders including Allon Raiz, Vusi Thembekwayo, Dikatso Sephoti, Dr. Audrey Verhaeghe, Dr. Jerry Gule, Dr Sumarie Roodt and H.E. Prof. Dr. Ambassador Tal Edgars, who evaluated the top 4 startups who presented their pitches for a chance to represent South Africa in Dubai at the Annual Investment Meeting to raise investments and compete at the Global Final.

Speaking about the event in a relaxed and assertive voice, Allon cautioned about the “mistakes that many young entrepreneurs tend to make when pitching for investments.” Such mistakes include the likes of following the J curve graph route where a startup would include a graph showing how exponential their growth will be (this would normally be influenced by the business plan concept which doesn’t work for startups!). This caution was echoed by other participating judges including Vusi Thembekwayo who added that it is high time that South African entrepreneurs take centre stage in creating local and global solutions. Vusi highlighted that “some of the giants and iconic brands we see today were started during global financial recessions.” Allon closed off by saying “The entrepreneurs were excellent. They were all fighters.”

Dr Audrey Verhaeghe of the South African Innovation Summit talked about the importance of African Storytelling while Dr. Sumarie Roodt from Silicon Cape said most of the pitching startups “were working to address the SDGs” and concluded that she “doesn’t think Africa is not the next frontier. Africa is the Frontier.” Dikatso Sephoti was encouraged and excited to “see young people taking space in society and challenging the status quo.” She also talked about how important it is for entrepreneurs to “highlight their financials” to whoever they are pitching to.

In a very subtle Vusi: “Life is not a pitching competition. The entrepreneurship journey is not always as glamourous as it looks from the outside. It’s all about the stuff that don’t often make it into the newspaper articles. This journey is about the long term and impact.”

H.E. Prof. Dr. Ambassador Tal Edgars who is the Chairman of GBSH Consult Group closed the event off by painting a picture that “If you were to move entrepreneurs from playing in the periphery of the economy into the epicenter of it, you have to do the work. You have to do the work in terms of social impact. In terms of the real grind” He continued to point out that we need “solutions that will have impact on people’s lives in the long term.” Gone are the days where “SMEs play in the periphery”, the Covid-19 Pandemic has changed the entire ball game and young people need to “move away from SMME mentality of acting small and take the centre stage in the economy. This is the time!”

Founder of the Startup Mzansi Foundation, Sandile Shabangu, who was the Host of the event gave an assertion that the “winner of the South African leg of the competition will represent South Africa in Dubai”. He also accentuated the importance of startups in the global economic development and that it will be the entrepreneurs, startups, creative thinkers, leaders, and crazy one’s who will be able to pull our world out of this crisis that we find ourselves in.

Watch the video below to learn more.

StartupGuy is an entrepreneur and startup ecosystem builder with a mission to enable anyone to start and stay started in business with the best resources available.